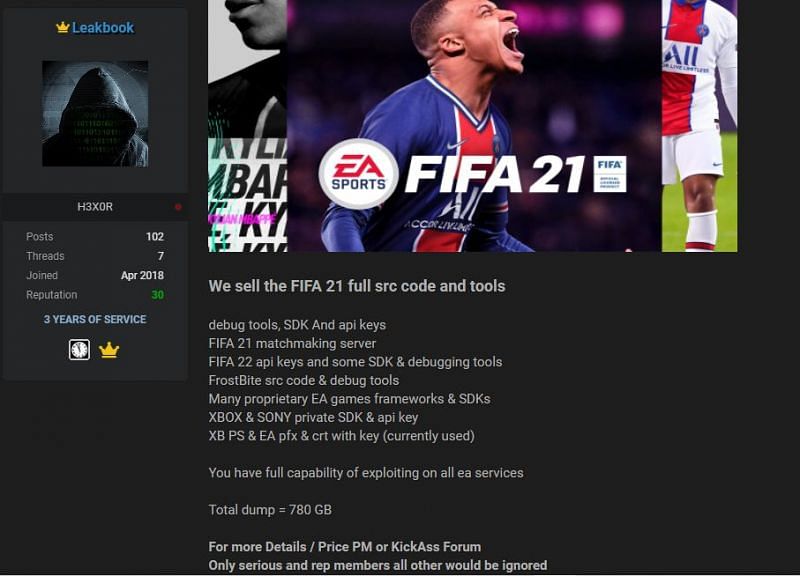 Electronic‌ ‌Arts, the ‌company behind popular video games such as FIFA, Madden, Sims and Medal of Honor, reported that a hacker had entered its network, stealing game source code and tools of different video games. A cybercriminal forum claims that hackers stole the FIFA 21 source code. Moreover, data relating to Frostbite, the gaming engine used for creating the popular game, has also been stolen.

An EA representative described the company as already making improvements to its security. Accordingly, the company should not experience any negative effects. Nevertheless, no data of the players was affected. Cybercrime intelligence firm Intel 471, which reviewed the posts, said the hackers had advertised about 800 gigabytes of data.