Twitterati reacts to ‘Modi destroyer of peace’ posters in Capital 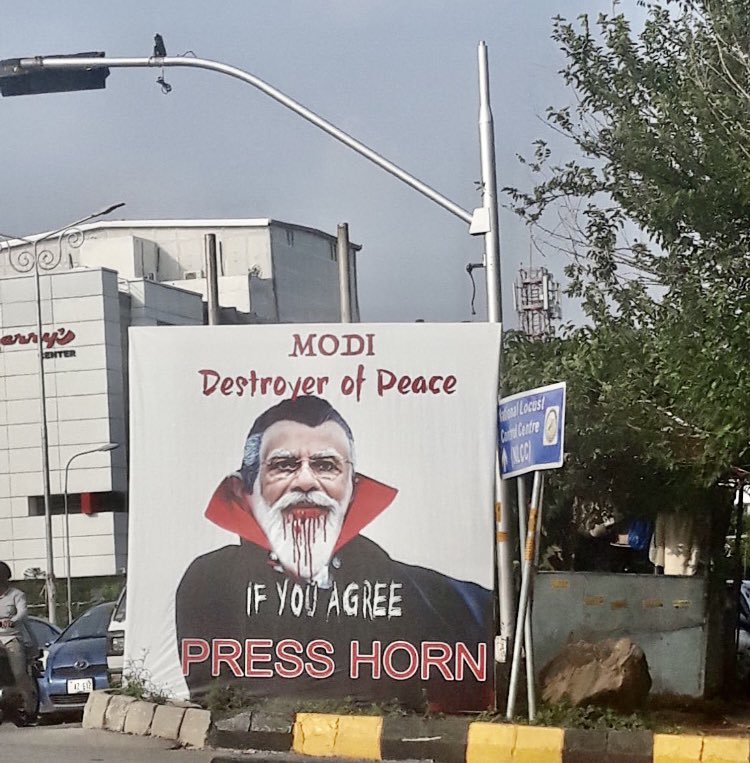 The 5th of August is commemorated as Black Day against Modi’s policies in the occupied area. Solidarity protests have taken on a new form in support of the Kashmiri people. To that end, posters picturing the Indian Prime Minister as a vampire have been plastered throughout Islamabad. The poster reads “Modi, Destroyer of Peace. If you agree, PRESS HORN”.

Additionally, tweeters applauded the initiative, sharing funny remarks all over the microblogging network. Modi is perceived by many around the world as being deaf. Moreover, some Internet users have expressed their logic, saying that louder horns could reach Modi.

However, few netizens expressed irritation that “state money is wasted on this mardoud.”