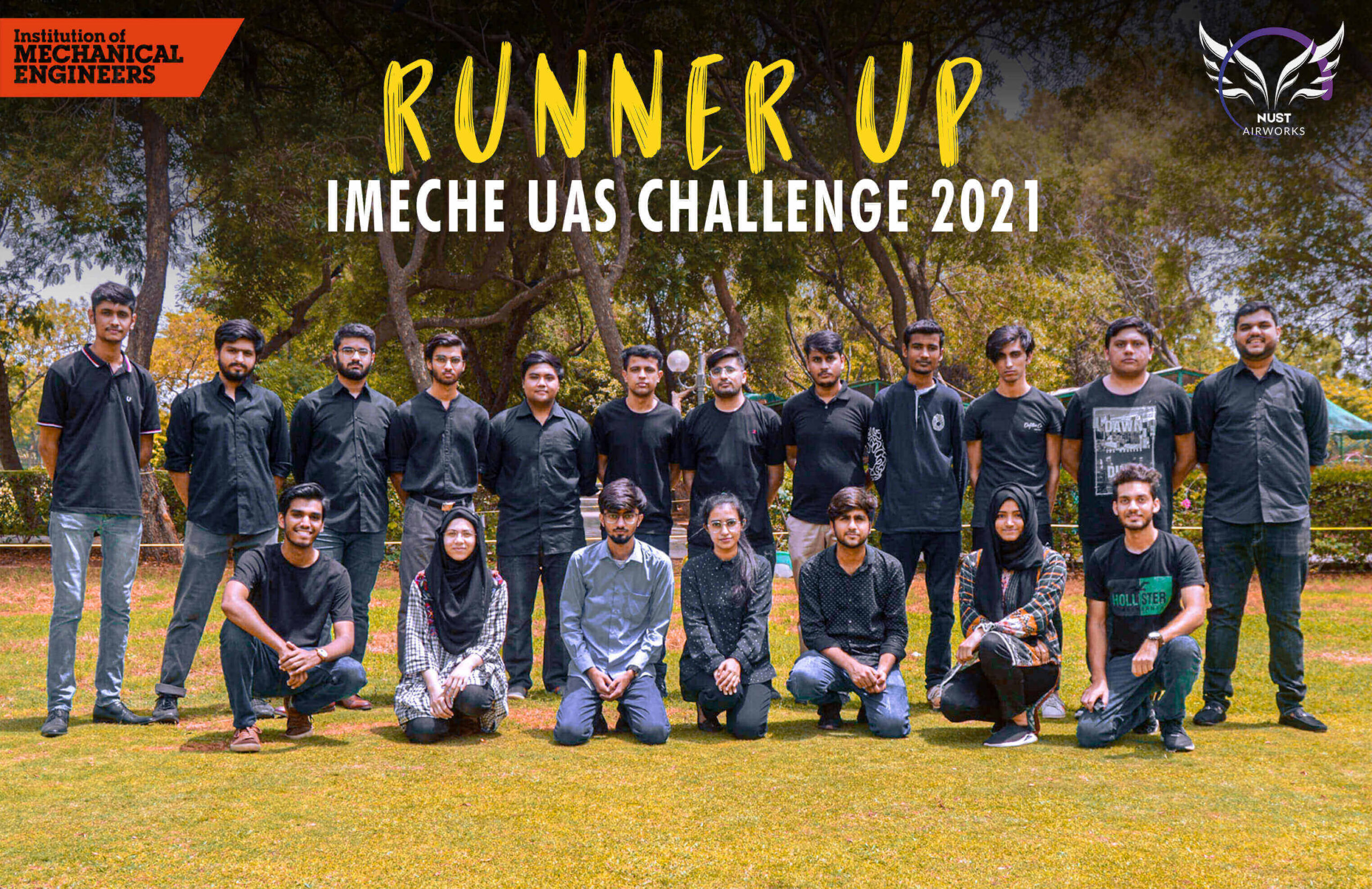 Undergraduate student team, Team NUST Airworks, was honored to win both the Runner Up Award and the Safety Award at the U.K.’s IMechE UAS Challenge 2021. The team comprises twenty-five electrical and mechanical engineering undergraduates from 1st to 4th year. The competition attracted over 30 teams from Bangladesh, Denmark, Greece, India, Pakistan, the Netherlands, Russia, Sri Lanka, and the UK.

Read more: GIKI students all set to display their AI Drone and UAVs in an upcoming international AI event

The UAS Challenge is an annual event run by the Institution of Mechanical Engineers in the U.K. In a 9-month project cycle, university teams design, build, test, and fly an unmanned aircraft system (UAS). Moreover, the flyoff event was replaced with an X-Plane model simulation for teams competing virtually this year.

Teams are given a simulation of natural disaster scenario, in which relief aid packages must be delivered to inaccessible areas. Furthermore, teams must choose an aircraft configuration best suited to the competition’s missions that include a fully autonomous flight from take-off to landing, navigating the route according to ground markers, and dropping the payload package accurately. Consequently, Team NUST Airworks won the RunnerUp Award and the Safety Award based on its submitted reports and X-Plane model.