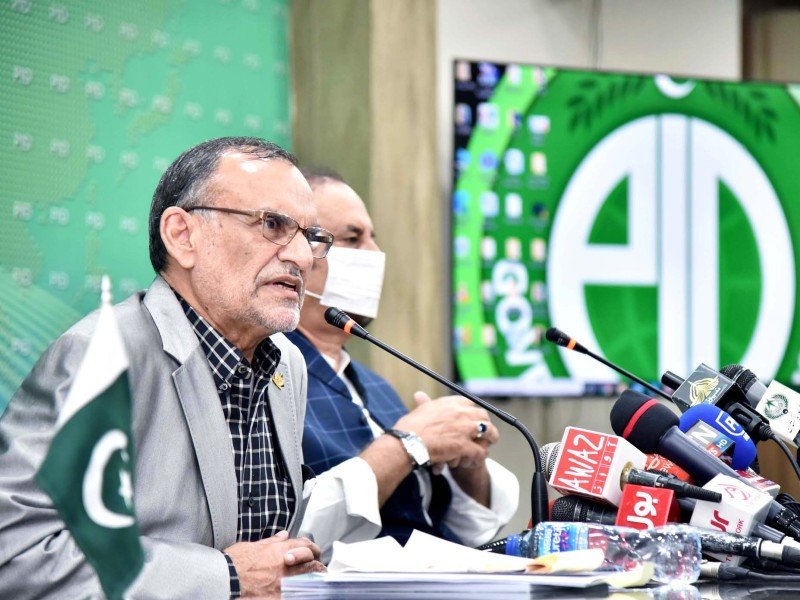 Pakistan Tehreek-e-Insaf (PTI) senator Azam Swati was taken into custody early Thursday morning by the Federal Investigation Agency’s (FIA) cybercrime unit for allegedly making ‘controversial tweets’ against state institutions, including army chief. The FIA arrested Swati for “using false information” through his official Twitter handle, “which is likely to incite any Officer, Soldier, Sailor, or Airman in the Army, Navy or Air Force to mutiny”.

READ ALSO: CJP SAYS PRECONDITION FOR A PARLIAMENTARIAN TO BE ‘SADIQ AND AMEEN’ IS ‘DRACONIAN LAW’

According to Azam’s son, Usman Swati, the senator was arrested at around 3am from his residence in the federal capital. He alleged that the FIA officials ransacked the house, took CCTV footage with them, and also forced his four-year-old daughter to stand outside the house.