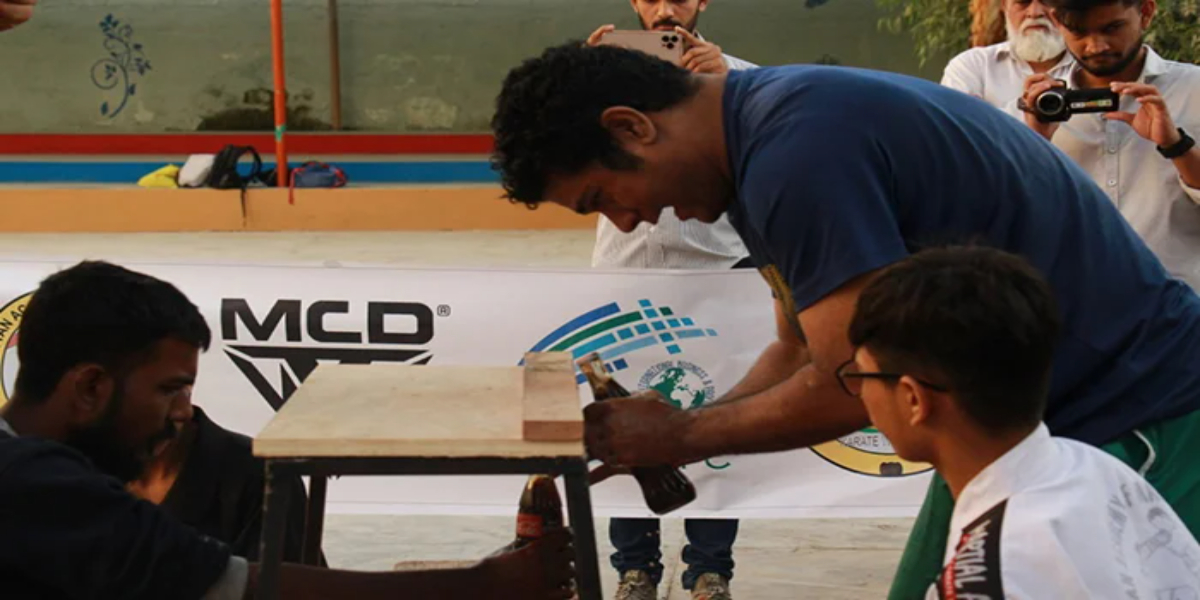 Pakistani Martial artist, Rashid Naseem, is on a roll as he breaks two more world records and takes his tally to 77. In his latest stint, Rashid topped India’s Prabhakar Reddi, who removed 68 bottle lids with his head in one minute. He also overcame China’s Xie Desheng with a nunchaku to extract the most (22) playing cards from two balanced bottles.

READ ALSO: RASHID NASEEM BREAKS ANOTHER INDIAN RECORD OF CRUSHING MOST WALNUTS WITH AN ELBOW

It was Rashid’s ninth Nunchaku Guinness World Record, the most by any martial artist in the world.

Despite receiving no backing from the government, Rashid wants to set 100 Guinness World Records.