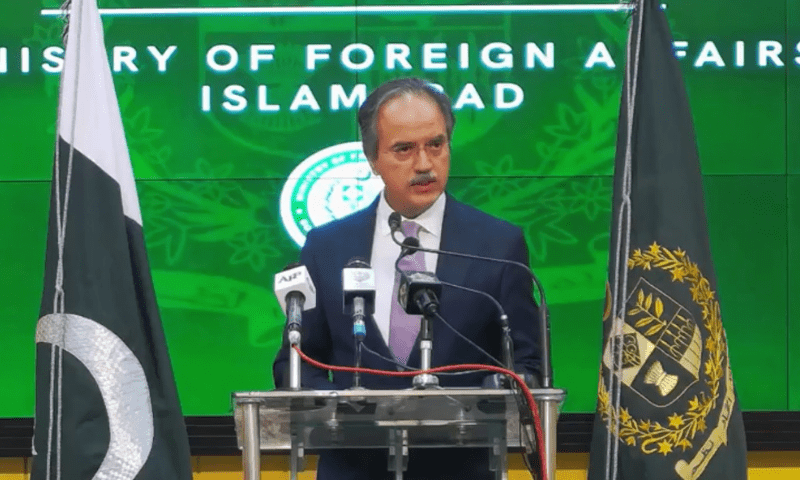 Pakistan on Wednesday strongly condemned yet another incidence of “highly provocative and sacrilegious remarks” made by a BJP leader against Prophet Muhammad (PBUH). The Foreign Office called upon the international community to take urgent cognisance of the aggravating Islamophobia in India and said it was the second time in the last three months that a senior BJP leader made disrespectful comments against the Holy Prophet (PBUH).

READ ALSO: PAKISTAN URGES UN GENERAL ASSEMBLY NOT TO BE SILENT ON OFFENSIVE REMARKS MADE BY BJP OFFICIAL

Indian police had on Tuesday detained BJP leader T. Raja Singh, a lawmaker in the southern state of Telangana, on suspicion of “promoting enmity in the name of religion” after Muslim groups demanded his arrest for his comments about the Prophet (PBUH).

Pakistan also condemned the release of the lawmaker hours after his arrest and said the decision of setting free the BJP leader was “highly reprehensible”.

The spokesperson said the current incident once again highlighted the incumbent Indian regime’s “obsessively spiteful demeanour” towards the Muslims and “the worrying trajectory” of Islamophobia in India.