Pakistan among countries with least solved murder cases of journalists 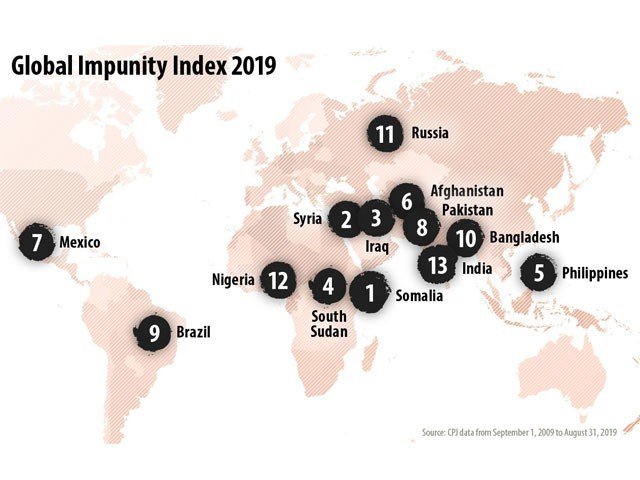 Pakistan, which ranks 142 on the World Press Freedom index, is among the 13 countries where journalists are murdered and their killers go free. the Committee to Protect Journalists (CPJ) stated the killers go free due to “unchecked corruption, ineffective institutions, and lack of political will to pursue robust investigations”. Between September 1, 2009 and August 31, 2019, at least 16 murder cases were found in Pakistan.

Of the murdered Pakistani journalists mentioned in the CPJ database, seven belonged to TV channels, seven were associated with print and online editions whereas one of them was a freelancer. As for their provincial affiliation, seven of them were killed in Balochistan as compared to five in Khyber-Pakhtunkhwa, and two each in Sindh and Punjab.