Did you know Angelina Jolie gave the name Princess of Hope to the statue? 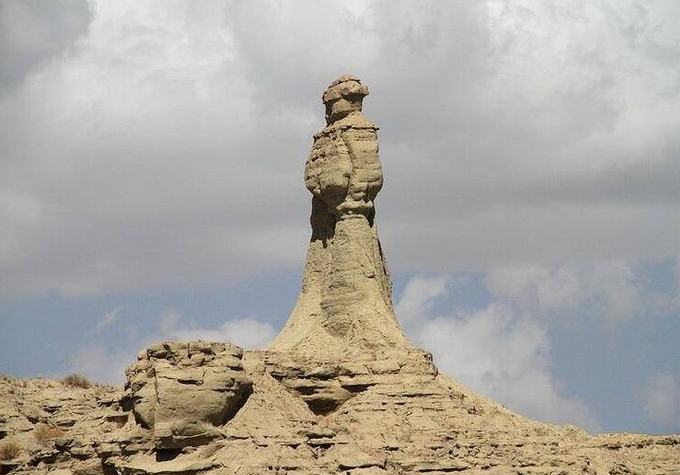 The famed statue of ‘Princess of Hope’ located in the heart of Hingol national park is situated in Balochistan. Hingol National Park is famous for its rock formations and mud volcanos. It is the biggest and one of Pakistan’s most unique national parks. But did you know, the statue was given its name by Hollywood actress Angelina Jolie?

The star of “Maleficent” visited Pakistan in 2004 for a UN goodwill mission. While visiting the Hingol National Park, Jolie was taken aback by the beauty of one of the rock formations and gave it a name.

This statue is on the Makran coastal highway, at a distance of 190 km from Karachi. It feels as if it’s a royal lady standing among the desert, hoping for something. When Angelina Jolie saw it, she suggested the name “Princess of Hope.” Since then, the statue got itself an identity and has become one of the most visited tourist spots in Pakistan.

Experts believe that these rock formations are 750 years old. The statue is ancient, but it still has the ability to mesmerize its onlookers. Just like Angelina Jolie, no one can leave without appreciating the beauty of the statue.

The fascinating thing about this statue is that it is not man-made. Yes! You heard it right. It is a pure creation of nature. Next to the Princess of Hope, there is another similar statue named Sphinx after the famous Egyptian statue of the Sphinx.

HOW TO SEE THE PRINCESS OF HOPE

Visiting the Princess of Hope is not a difficult feat anymore. The statue lies at a distance of 4 hours from Karachi and is accessed via Hub to the Makran Coastal Highway. The whole highway is marked with beautiful rock formations, mountains, and even scenic views of the Arabian sea.

You can drive or book a tourist bus ranging from Rs. 3500 to Rs. 5000 per person only. While taking the journey on your own, be mindful that the highway lacks basic facilities. Some parts of the journey will have no cellular services. It’s essential to fuel up, check your car’s condition and also carry your own snacks and food.