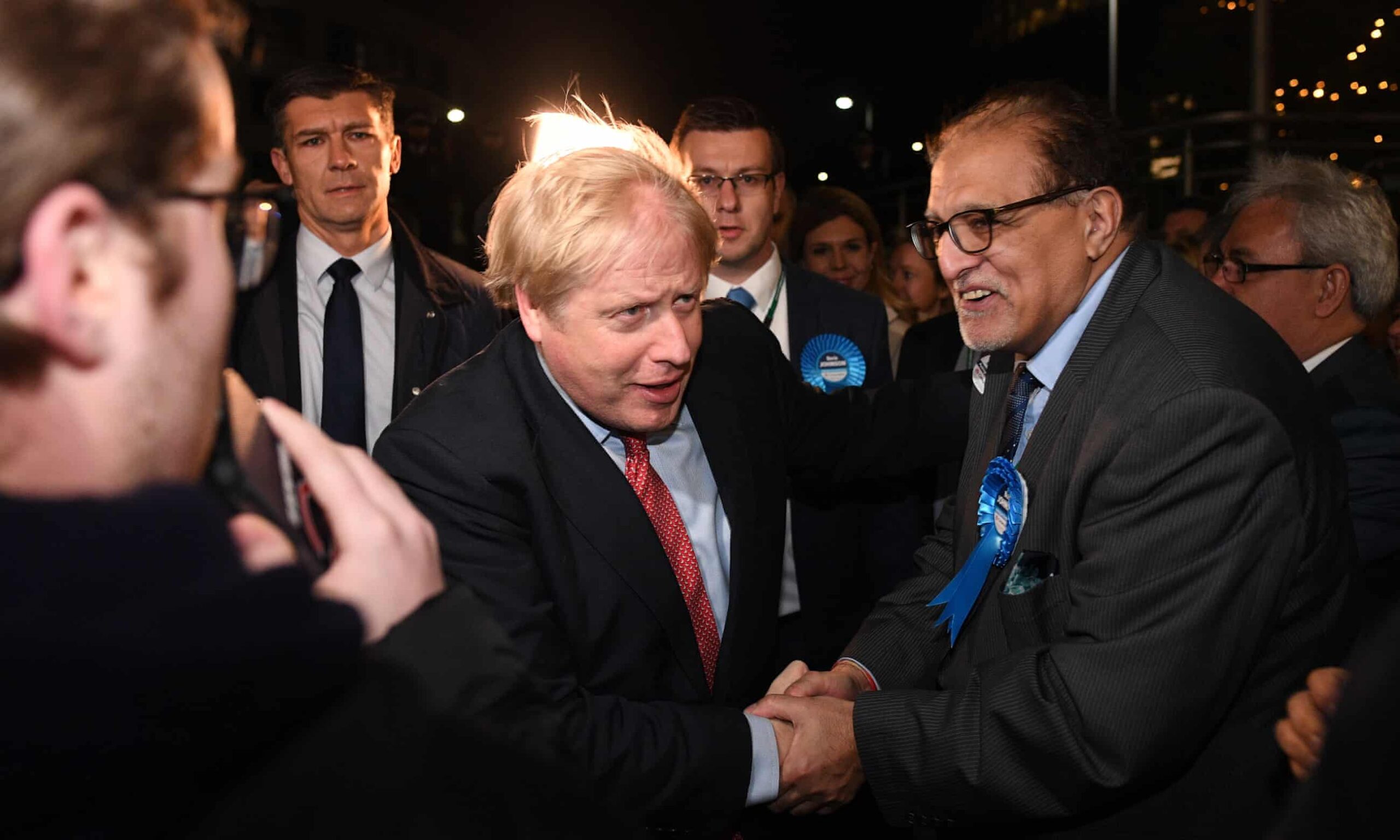 Boris Johnson is on course for a historical victory in the U.K. election, winning a string of seats from Jeremy Corbyn’s Labour party in its traditional heartlands. BBC’s exit poll showed the Prime Minister’s Conservative Party would win 368 seats in Parliament, with a large majority of approximately 86, and a mandate to fulfil its campaign pledge of “Getting Brexit Done.”

If borne out when votes are counted, the result would be the Conservative Party’s biggest majority since the days of Prime Minister Margaret Thatcher in the 1980s. The exit poll predicts a dismal result for the Labour Party of Jeremy Corbyn, giving them just 191 seats compared to 262 in 2017, the opposition party’s worst result since 1935.

An unapologetic Corbyn used his acceptance speech in Islington North to attack the media’s portrayal of him and his party, and insist the party’s policies had been “extremely popular”.