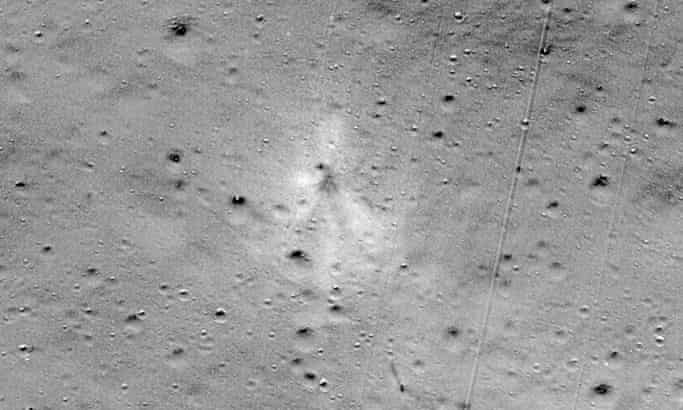 Wreckage of India’s Chandrayaan-2 mission was spotted by a Nasa satellite orbiting the moon, the US space agency revealed. Vikram lander crashed on the lunar surface in September. Nasa released an image taken by its Lunar Reconnaissance Orbiter (LRO) that showed the site of the spacecraft’s impact and associated debris field, with parts scattered over almost two dozen locations spanning several kilometres.

Blasting off in July, Chandrayaan-2 (“moon vehicle 2”), which remains in orbit around the moon, dropped the unmanned lander Vikram for a descent that would take five days, but the probe went silent just 2.1km above the surface.