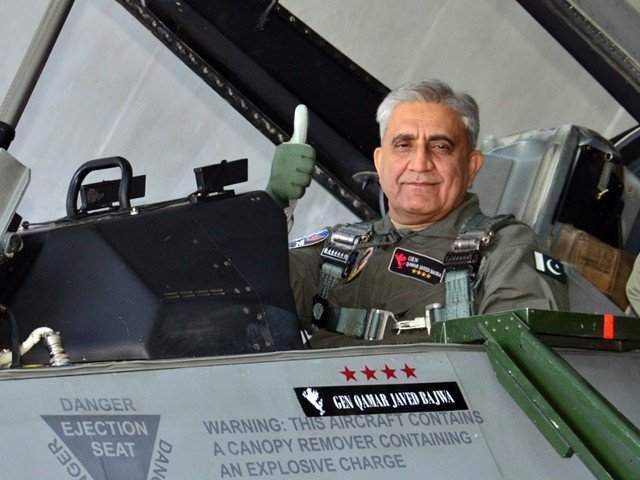 Chief of Army Staff (COAS) General Qamar Javed Bajwa flew in an F-16 with Chief of Air Staff, Air Chief Marshal Mujahid Anwar Khan in another American fighter jet as both aircraft proceeded to maneuver for a combat action simulation mission at PAF Base Mushaf, Sargodha. After the mission, the COAS interacted with fighter pilots of the squadron and lauded their professionalism.

The base and its squadrons hold claim to some of the most valiant actions in the history of air warfare and is a proud repository of capability, skills and traditions, said a statement issued on Monday by the Inter-Services Public Relations (ISPR).