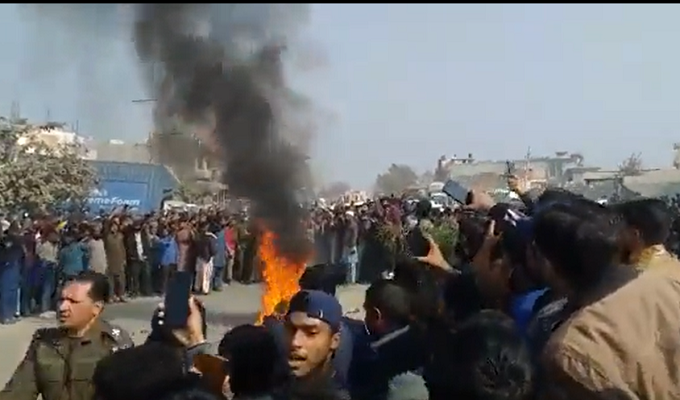 A Sri Lankan national was killed in Sialkot after being tortured to death. A mob of hundreds attacked the foreign national over allegations of blasphemy, and his body was set ablaze. Initial reports indicate that the incident happened on Wazirabad Road, Sialkot. According to reports, the Sri Lankan worked as an export manager for a local factory.

In the meantime, police have been sent to the area to help maintain control. In response to the lynching, Punjab Chief Minister Usman Buzdar and Provincial Police Chief Rao Sardar took notice. The chief minister also instructed the police to submit an inquiry report regarding the incident, which he described as “very tragic”.