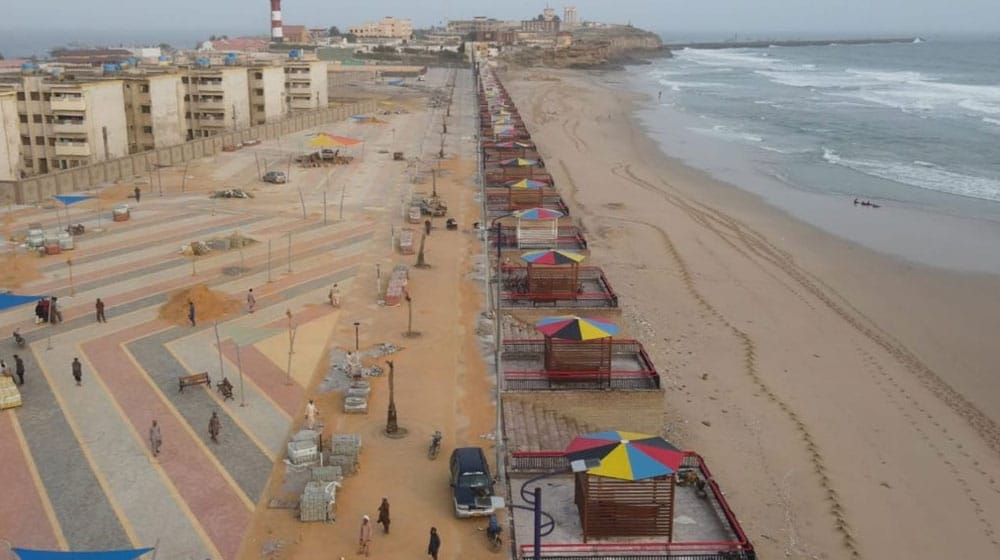 Manora Beach Promenade being developed by #SindhGovt at night #KarachiWorks

Manora Beach in Karachi is a peninsula between Karachi Harbor and the Arabian Sea. Although it has been named an island, the beach is no longer an island, since it has been connected to the mainland by the Sandspit Beach. In addition to locals, the city’s tourist resort also attracts visitors from other cities. Tourists travel to Manora Island by boat from Kemari since the land route is arduous and off-route.