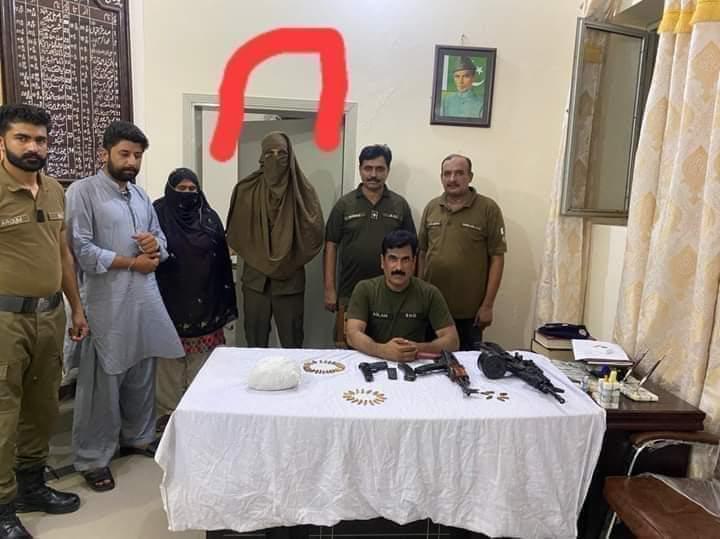 District Police Officer (DPO) Gujrat, Atta-ur-Rehman, dismissed Station House Officer (SHO) Daulat Nagar, Sub Inspector Aslam Hunjra, from service for disguising a male officer as a female officer. According to details, Daulat Nagar Police had arrested three suspects, including a woman, for illegal possession of arms and drug peddling. As usual, a picture of the raiding team along with the arrested individuals was also shared on the social media accounts of the concerned Police Station.

However, social media users pointed out that the ‘female officer’ was relatively taller than the male officers in the picture and had an unusual style of the veil for a woman police officer as well.

The comments by the social media users also drew the attention of senior police officials, including DPO Gujrat, who ordered Deputy Superintendent of Police (DSP) Gujrat Saddar Circle to find out whether there is any truth behind the claims of social media users.

After a brief investigation, SHO Daulat Nagar disclosed to DSP Saddar that he had ordered a male officer to disguise as a female officer because the women officials had not reported back after performing security duties for the by-elections held on Sunday.

Since the presence of at least one female officer is mandatory during raids, arrests, and photoshoots of female suspects, the SHO ordered a male officer to cover up and fulfill the requirements, disregarding his height completely.

However, the idea backfired and caused embarrassment to Punjab Police, resulting in SHO Daulat Nagar losing his job.