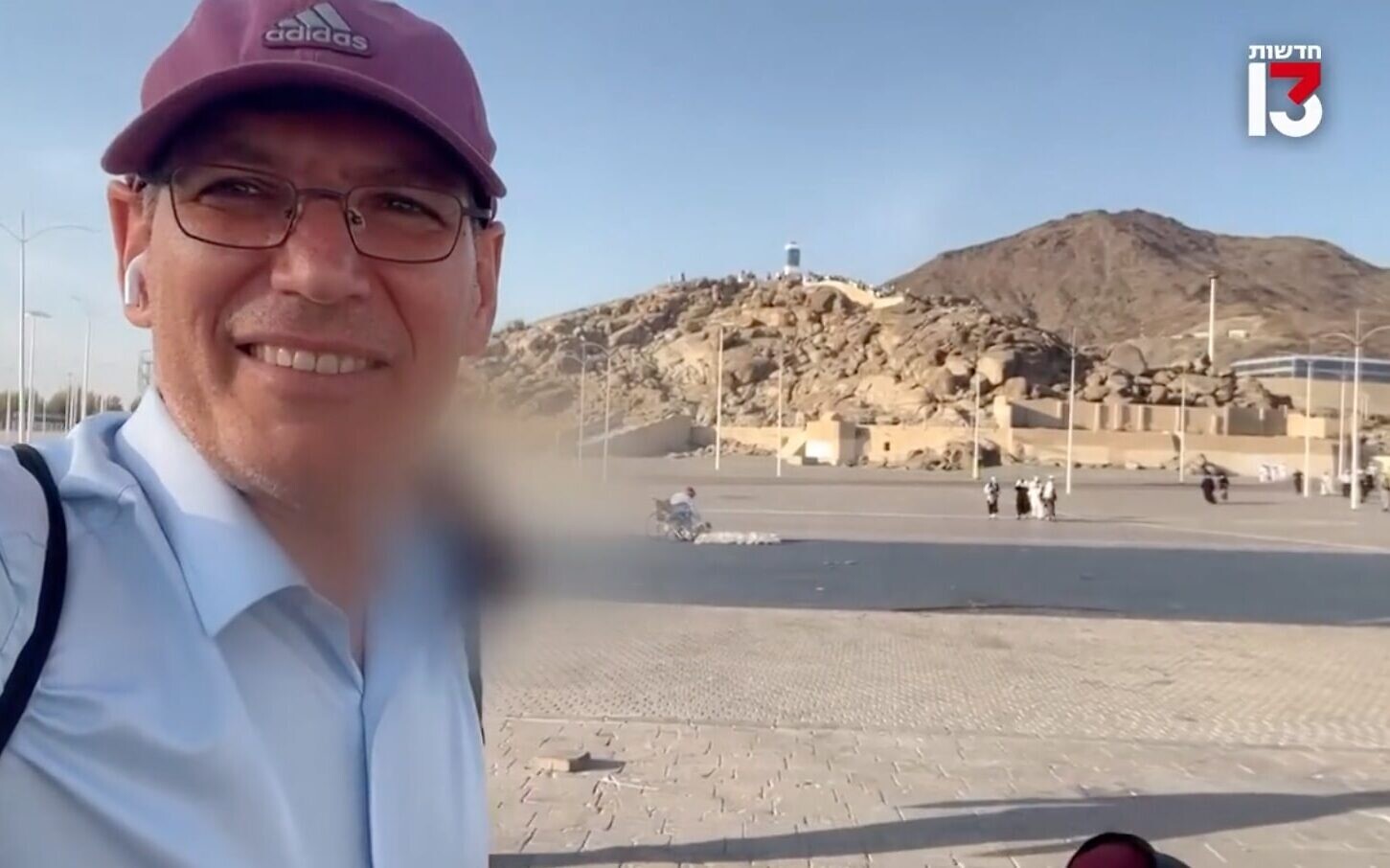 READ ALSO: DID YOU KNOW? IN 2019, FISHEL KHALID, BECAME THE FIRST PAKISTANI JEW TO TRAVEL TO ISRAEL

Tamary, who was accompanied by a local guide whose face was blurred to prevent identification, lowered his voice while speaking to the camera in Hebrew and at times switched to English to avoid revealing himself as Israeli.

The report was billed as a scoop and the journalist the first Jewish Israeli reporter to document the annual Muslim pilgrimage of Hajj.

The footage received a strong online backlash, with the Twitter hashtag “A Jew in Mecca’s Grand Mosque” trending after the report was aired.

Among the critics was Mohammed Saud, a pro-Israel Saudi activist. “My dear friends in Israel, a journalist of yours entered the city of Mecca, holy to Islam, and filmed there shamelessly,” he said.

“Shame on you Channel 13, for hurting the religion of Islam like that. You are rude.”

“It was irresponsible and damaging to air this report just for the sake of ratings,” he added.

Tamary, who was in Jeddah covering United States President Joe Biden’s visit on Friday, apologised after the online backlash saying he had not intended to offend Muslims.