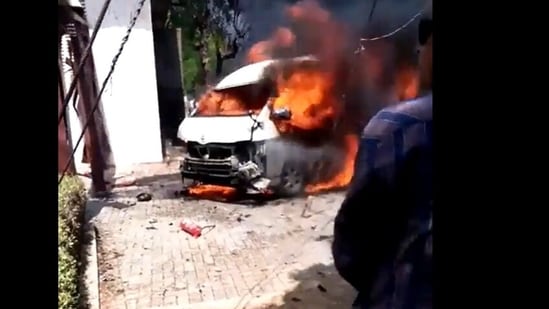 Security agencies picked up a man from the hostel of the Punjab University on Wednesday, purportedly in connection with the Karachi University (KU) suicide blast case. Bebgar Imdad, a student of the seventh semester of English Literature in Numl, Islamabad, and a native of Kech, was visiting his relative in Hostel No 7.

In a viral video PU security guards and other security agencies can be seen bundled him into a truck.

The Baloch Student Council strongly protested the “abduction of a Baloch student from the PU” and called it “a continuation of the enforced disappearances and harassment of the Baloch students in the country”.