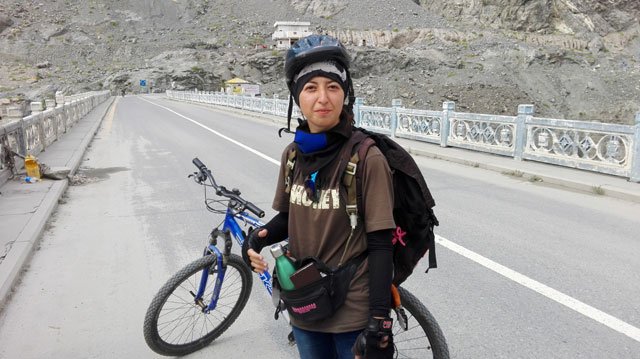 Adventure athlete Samar Khan became the first female cyclist to reach the base camp of K2 on cycle. She is also the first Pakistani to ride a bike to the top of Mount Kilimanjaro and the Biafo Glaciers in the Karakoram Range. She has entered the record books by cycling to the base camp of the treacherous mountain.

Samar Khan cycled from Askole, a small village in Shigar Valley, to K2 base camp as part of her journey. According to Khan, she achieved her goal, despite the difficult conditions, enduring long nights “chasing oxygen” and praying. She shared in a series of blog posts that though there were several injuries and she suffered from a cold, in the end, they made it.