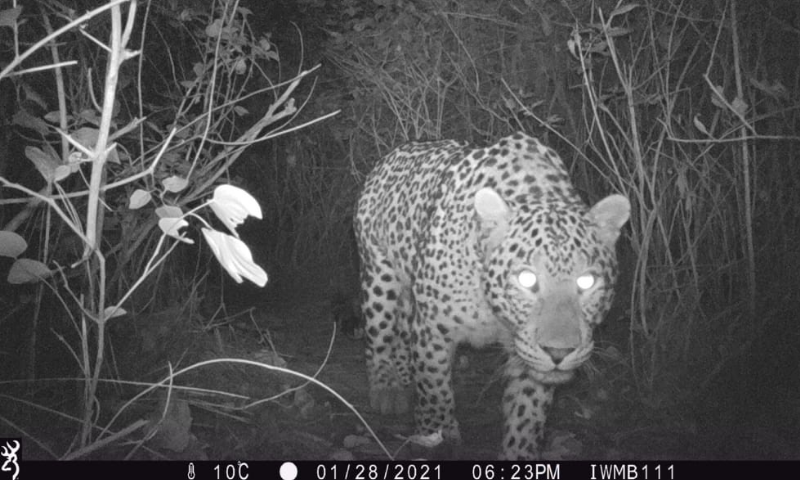 The Islamabad Wildlife Management Board (IWMB) on Tuesday linked the increase in population of leopards dwelling in Margalla Hills National Park (MHNP) to “plenty of game”. Apart from leopards, there is a significant wild boar and monkey population along with barking deer. This also why no case of attacks on livestock has been reported there.

There are five leopards in the hills which is testament to the fact that the national park had a healthy eco-system, however, it must be noted that the animals inhabit the hills permanently.

“This is in no way an invitation that visitors should come and see the leopards. The public is being informed to trek and hike in groups and return before sun down when trekking on trails 4 and 6,” IWMB Chairperson Rina Saeed Khan said.

According to IWMB, the leopards roam between trails 4 and 6.

They sleep through the day and come out after dark. With the opening of trail 4, trekkers need to keep in mind that it is human beings that are encroaching the animals’ home, she said, adding that it will take a while before leopards get used to the presence of humans on their turf.

“In case hikers do come face to face with a leopard, running is not an option instead one should freeze and show no signs of fear,” she added.