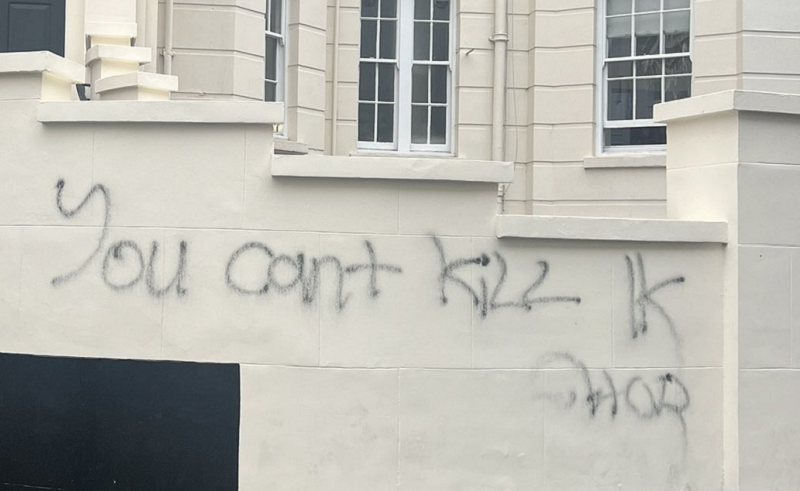 The phrase is being construed by many on social media as being targeted to the Sharifs, whom Mr Ali has for months been heckling and confronting outside their home, office and public places. However, many warned Ali to practice caution as the act could be ‘criminal vandalism’ under UK law.

The slogan appeared just days after Mr Khan was shot and injured by a gun wielding critic at his rally in Wazirabad.