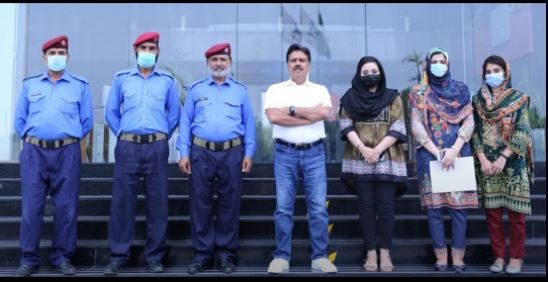 The CEO of NetSol Technologies hired the daughters of three security guards to work as developers and in other positions. The Salim Ghauri awarded scholarships to three girls, and they were then hired by the company. Ghauri always encouraged his junior employees to educate their children, especially their daughters. These girls did well in learning and studying, and they got jobs after graduation.

Salim Ghauri also known as the ‘Bill Gates of Pakistan’ awarded the scholarship through the NETSOL Education Program (NESP). “Three ambitious daughters…three compassionate fathers…”, said the company’s CEO. Consequently, these young girls are now developers with a bright future ahead of them.