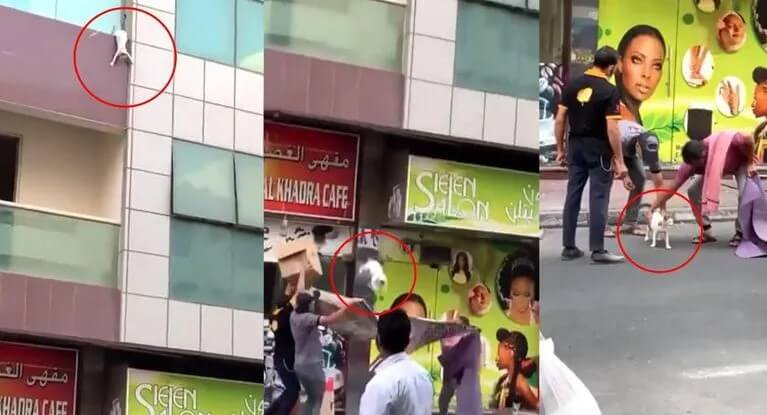 Atif Mehmood, a Pakistani salesman based in Dubai, saved a pregnant cat stuck on the second-floor balcony of a residential building in Dubai. Pakistani, 24, from Lakki Marwat, along with a Moroccan and an Indian man, spread a bed sheet and caught the cat after it jumped from the second floor. They received Dh50,000 each for their quick thinking that saved the life of the cat.