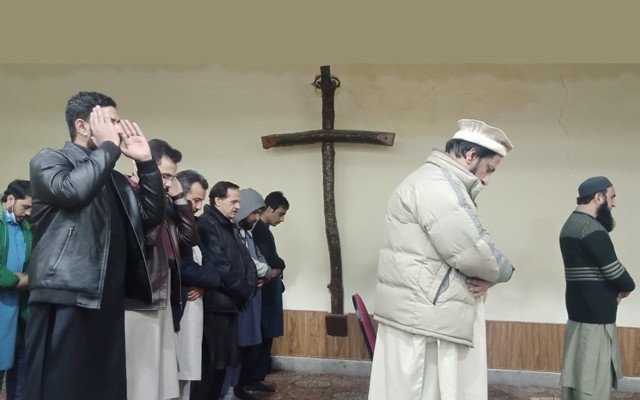 Muslim scholars belonging to different schools of thought on Monday prayed inside a church of Peshawar in a show of solidarity with the Christian community. The act was done to show support for Pastor William Siraj, who was gunned down a day earlier. Special Representative to PM on Religious Affairs Hafiz Tahir Ashrafi said that PM Imran Khan was personally overseeing the matter.

He further added that the Christian community will not be left alone. “The state believes that a positive message in the form of today’s prayers of Muslim scholars should be conveyed from the church,” he said.

On Sunday, unidentified motorcyclists shot Pastor Siraj dead and injured one of his companions in Peshawar, sparking protests from the city’s religious minority community.