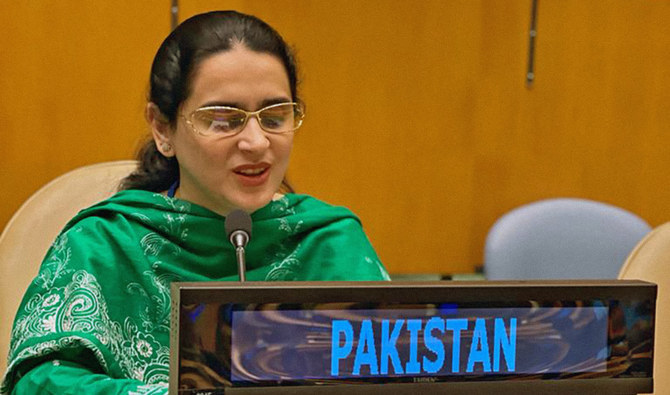 Pakistan’s first differently-abled female diplomat, Saima Saleem was born on August 10, 1984. In her early years, she was diagnosed with retinitis pigmentosa – an incurable eye disease that made Saleem blind at the age of 13. Saima Saleem made headlines last year when she addressed the UN General Assembly with a fierce speech in support of the right of Kashmiris to self-determination.

All cameras were on her as she sat behind the Pakistan nameplate at the assembly’s hall and read her address written in Braille. She choreographed the reply at her own when asked to take on India’s irresponsible assertions about Pakistan’s stance and frivolous claims about Kashmir dispute.

An international humanitarian law graduate of the Geneva Academy of International Humanitarian Law and Human Rights, holding a master’s degree in English literature from the Kinnaird College for Women in Lahore, she became Pakistan’s first blind civil servant when she joined the foreign office in 2008.

Currently, she is working as a counsellor at the Permanent Mission of Pakistan to the United Nations, New York and dealing with human rights and humanitarian affairs in the Third Committee, General Assembly and Security Council and various UN entities, including UNHCR, OCHA, UN-Women, UNICEF, UNFPA, WHO and IOM.