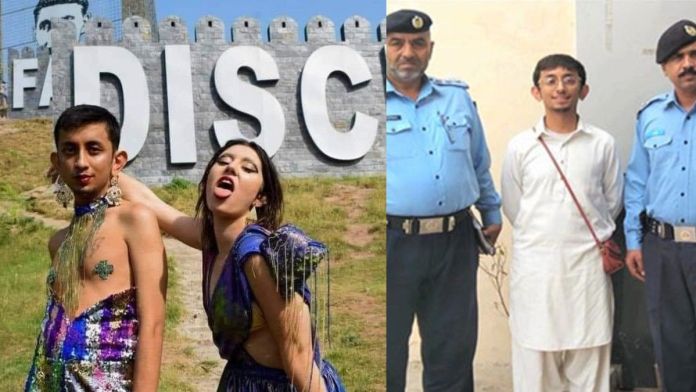 On Tuesday, Islamabad Police arrested a male model involved in an ‘obscene photo shoot’ in front of Quaid-e-Azam’s portrait in the federal capital. After receiving reports about the whereabouts of Zulfiqar Mannan in Lahore, Islamabad police conducted an intrusion. Zulfiqar Mannan posed with a female model for the controversial shoot that sparked anger on social media.

Read more: Rashid Naseem breaks another Indian record of crushing most walnuts with an elbow

A case was filed on August 4 following the complaint of a citizen named Rashid Malik. According to the FIR, the duo took pictures in revealing dresses in front of Quaid-e-Azam’s portrait and made these photos viral on social media. Zulfiqar is a Yale grad student majoring in English, with an emphasis on anti-colonial literature, public writing, and subjectivity to explore power, gender, and revolution.