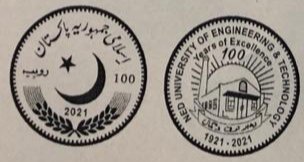 Read more: US deploys 3,000 troops to Kabul for withdrawal of ambassadorial staff

NED University was founded in 1921 as Prince of Wales Engineering College and is named after Nadirshaw Edulji Dinshaw. It was originally a college that became a university under the government of Sindh in 1947.