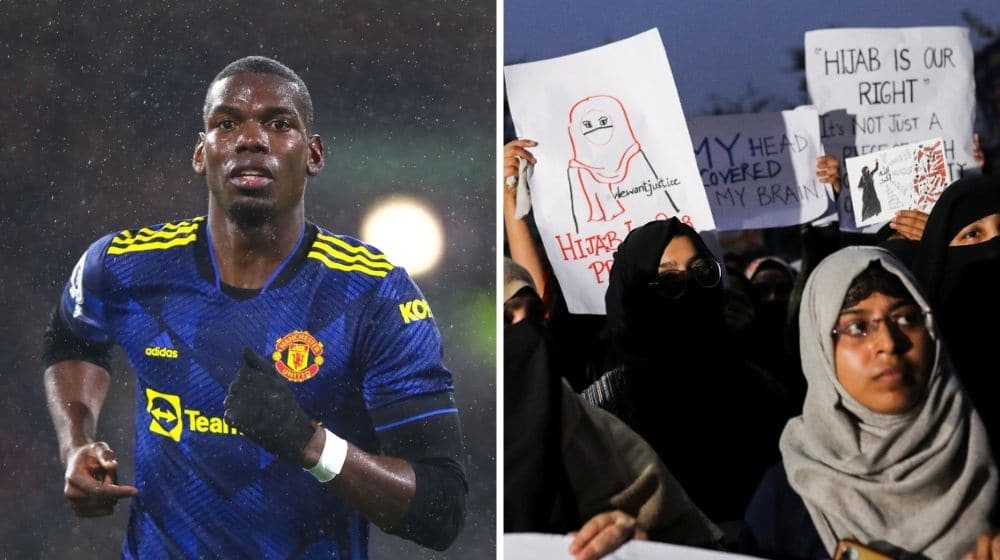 French football star, Paul Pogba voiced his support for Muslim girls under persecution in India for wearing Hijab. Pogba shared a story on Instagram that showed a mob of Hindu nationalists harassing young Muslim girls in India for protesting against the ban of Hijab in colleges. He previously raised his voice against the atrocities of Israel in Palestine.

The controversy began a month ago as Muslim girl students in Karnataka were banned from wearing Hijab to school and colleges. The government’s decision was not well received by the students as they protested that wearing a Hijab is their right.

Paul Pogba, who is one of the biggest football stars in the world, shared the plight of young Muslim women in India by sharing a video on his Instagram account.