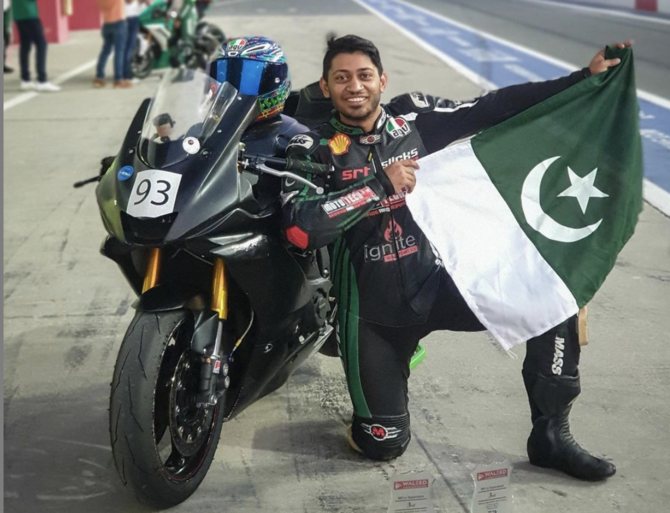 Pakistan-born, Saudi Arabia-based motorcyclist Muhammad Usman Ghani, 27, feels proud to represent his country as the first Pakistani to hold a Fédération Internationale de Motocyclisme (FIM) racing license. Customised in green and white, Ghani’s motorcycle represents colors of the Pakistani flag. Since receiving his FIM license in 2017, Ghani has achieved a number of successes in motorcycling in last three years.

The FIM, founded in 1904, is the global governing body for motorcycle sports and international advocate for motorcycling. Ghani has had 10 podium wins, awarded to the three highest placing drivers in a race. His first professional race was in 2017, when he competed in the UAE National SuperStock Series. 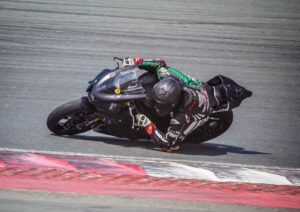 Ghani, whose family originates from Karachi, grew up in and resides in Saudi Arabia where his passion for motorcycling was encouraged by a thriving culture of auto enthusiasm. 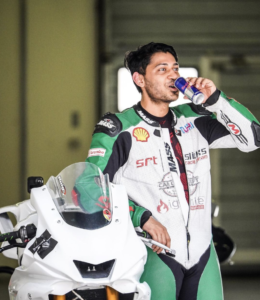 Ghani’s goal now, he said, is to help more Pakistanis get into motorcycling and to understand the country’s biker culture better.

Ghani said he plans to be in Pakistan in December and travel all around the country, especially Karachi, Lahore, Islamabad and Rawalpindi, to meet bikers.