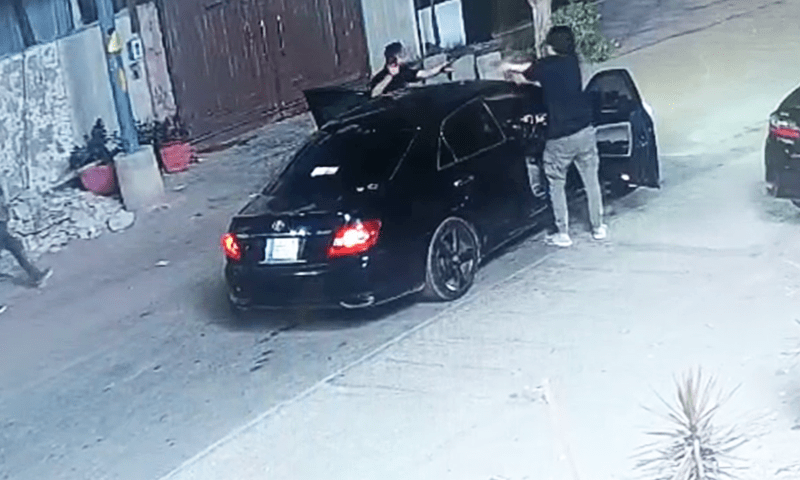 As the situation escalated, the suspect fired a couple of shots at the officer from point-blank range and fled, leaving the policeman dead on the spot.

Police have managed to retrieve the vehicle and the alleged murder weapon, however, the suspect is still at large.

South SSP Syed Asad Raza said the two policemen — part of the recently-formed Shaheen Force tasked with tackling street crimes — were patrolling the area near Ideal Bakery in Clifton, Block 5 when they hailed down a car with tinted windows.

SSP Raza said the two policemen, who were riding a motorcycle, were “trying to take the suspect’s vehicle to the police station when the incident took place”.

He said that the cops were trying to stop the vehicle on the suspicion that the suspect was trying to “abduct a girl”.

He said the suspect was an expatriate, adding that he lived in Sweden and had come to Pakistan on November 5.