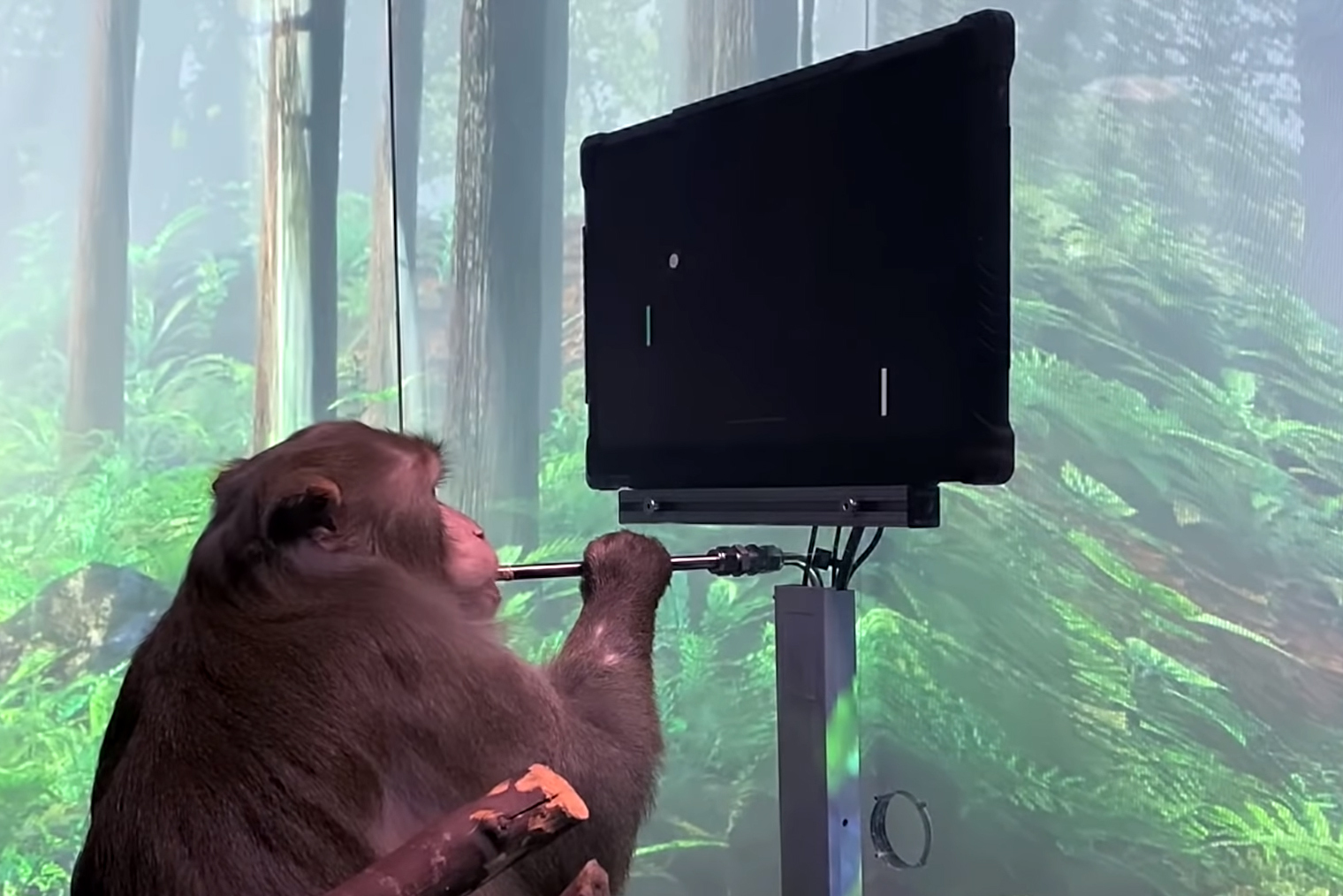 Neuralink, a company founded by Musk, is developing artificial-intelligence-powered microchips to go in people’s brains.

Neuralink says the monkey, named Pager, had a chip implanted in his brain six weeks ago. In the video, he was given a joystick that was hooked up to a video game in which he moves a cursor to a colored square. When he successfully moves the cursor, he’s given some banana smoothie through a tube.

While Pager uses the joystick, the Neuralink chip records his brain activity and sends it back to a computer for analysis of what his brain does when he moves his hand. The joystick is then unplugged from the machine, but the monkey continues to control the game, with brain signals being relayed by the Neuralink chips.