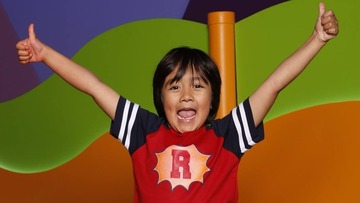 Eight-year-old Ryan Kaji earned $26 million in 2019 on his YouTube channel, making him the highest-paid Youtuber, according to a list published by Forbes magazine. His channel “Ryan’s World”  that was initially called as “Ryan ToysReview” was launched by his parents in 2015 and mostly consisted of unboxing videos. The channel has also evolved as Ryan ages, now offering more educational videos in addition to the toys.

Several of the videos have racked up more than one billion views, and the channel has received almost 35 billion views since its creation, according to data from the analytics website Social Blade.