Dua Zehra found her husband 3 years ago through PUBG, claims she is 18 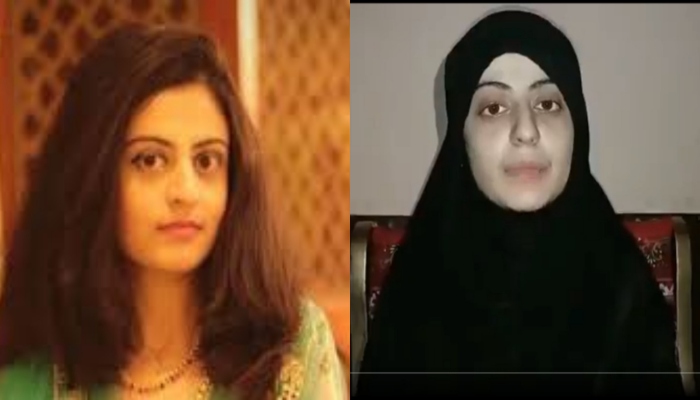 Dua Zehra, who mysteriously went missing from Karachi over a week ago, is now married to Zaheer Ahmed- whom she found through PUBG three years ago. Dua who allegedly married out of her own will, says she is 18 as opposed to 14, like her parents claimed. Dua has filed a case against her father Mehdi Ali Kazmi and a cousin in a Lahore court.

In her case, Dua has accused her father of barging into her house in Lahore and trying to kidnap her with the help of her cousin- whom her father wanted her to marry. The couple were reportedly staying at Zaheer’s uncle’s home.

Dua’s father, in a press conference, denied her claims questioning how his daughter could be 18 years old when he had not even been married for 18 years. Mehdi Ali Kazmi said he was married on May 7, 2005 and he has Dua’s birth certificate with April 27, 2008 as her date of birth.

He demanded the authorities bring Dua back to them or shift her to a child protection centre. He also demanded a thorough investigation about what actually was the matter in this case.

“I request Sindh inspector general, and Chief Minister Murad Ali Shah to bring my daughter back. I fully trust the child protection bureau […] hand the girl over to them.

“My daughter is saying what she is told to say. […] The boy trapped my daughter through the in-game messaging system,” Kazmi said.

Moreover, Dua’s mother said that as a lawyer’s daughter she has aware enough to know that the marriage certificate is not legal.

“The nikahnama does not have the seal of the person who solemnised the marriage,” she said.

The person whose name is written on the marriage certificate has also refuted reports of solemnising the marriage, she added. Dua’s mother expressed concern that her daughter might have been blackmailed