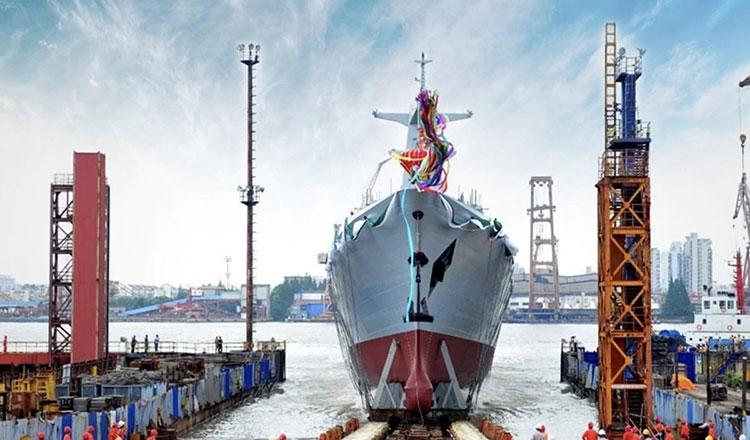 China delivered to Pakistan on Monday its largest and most advanced warship ever exported. This demonstrates the friendly relationship between China and Pakistan as well as strengthening their strategic partnership. According to a statement by China State Shipbuilding Corporation Limited (CSSC), the frigate was delivered to the Pakistan Navy in a ceremony in Shanghai.

According to a statement from the Pakistan Navy, the Type 054A/P frigate will be called PNS Tughril.

As reported by the Pakistan Navy, Tughril is the first of four Type 054 frigates being built for the Pakistan Navy. The ship possesses outstanding technological prowess and a high degree of adequacy, including extensive surface-to-surface, surface-to-air, and underwater firepower.