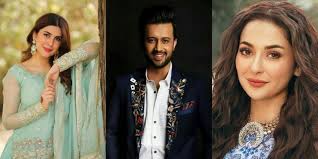 Latest social media reports claim renowned singer Atif Aslam will soon make his television debut. The host of the web show announced the news on social media, causing a stir among fans of the singer. Atif will appear in Sang e Mah, the sequel to the popular Hum TV drama serial ‘Sang-e-Mar Mar. However, no official statement has been issued by the singer or production team.