Kashmiris in Europe and UK condemns Indian atrocities in IIOJK 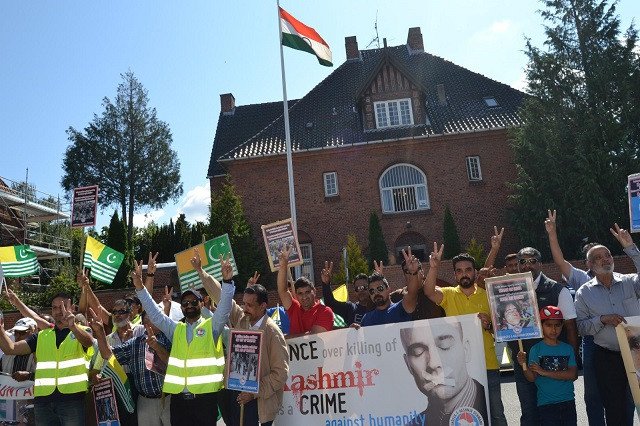 The second anniversary of the Youm-e-Istensal Kashmir was commemorated with a number of rallying activities in the UK and Europe on August 5. Fahim Kayani, the President of Tehreek-e-Kashmir Dundee and Uk, presided over a car rally and conference in Birmingham. During rallies in London outside the Indian High Commission, digital vans raised slogans such as “Kashmir under Indian siege, knock upon the world conscience”.

Additionally, in Europe and the UK, rallies and digital campaigns will mark the anniversary of Article 370, 35A repeal in Kashmir. The main focus of the campaigns was on the plight of Kashmiris. Moreover, this was to bring international attention to the atrocities committed by the Indian army against innocent Kashmiris.