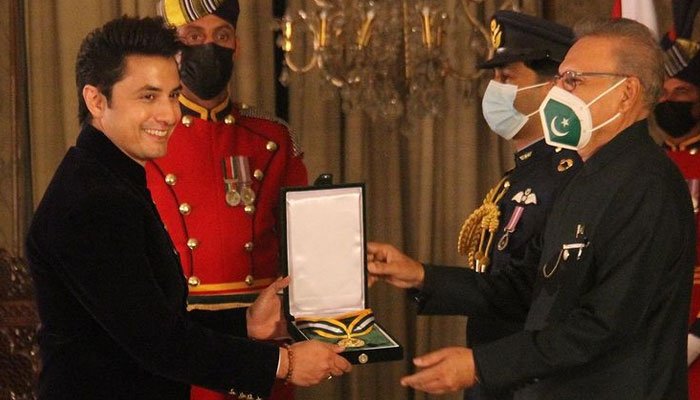 On the eve of Pakistan’s 74th Independence Day, the government announced civil awards for 184 Pakistanis and foreigners, including a number of stars from the entertainment industry. The awards are given in recognition of their dedicated services to the country and for displaying excellence in their respective fields. While Pakistanis rejoiced most choices made by the government, one recipient irked a great deal of Pakistanis.

And it was none other than Ali Zafar – an alleged sexual harasser- as most criticism on social media suggested and referred to. In 2018, Meesha Shafi accused fellow singer Ali Zafar of harassment in a Twitter post — an allegation he has vehemently denied. Both of them have filed cases against each other in different courts with Zafar instituting a defamation suit against Shafi for accusing him of sexual harassment.

A lot of people on social media have opposed and questioned the government’s decision to give award to a person who is an alleged harasser. Some even went as far to state that any person being tried for any crime in the state should not be given awards. The debate around Meesha and Ali’s ongoing case has been the talk of town from time to time. However, no verdict has been reached on the case so far.

What are your thoughts on Ali Zafar receiving the Pride of Performance award?