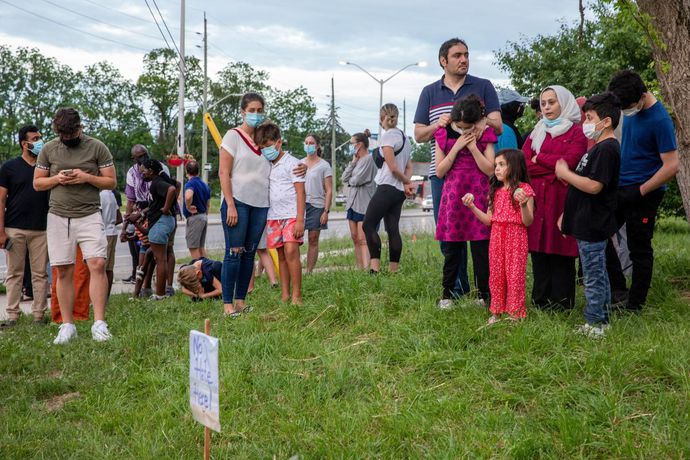 In a “premeditated attack” in Ontario, a 20-year-old pickup driver struck and killed four members of the Muslim family. The attacker, wearing an armor-like vest, fled the scene after the attack. Consequently, Detective said that the suspect was arrested 7 kilometers from the area where it happened in London, Ontario.

According to investigators, this attack seemed to be premeditated and planned, and Muslim victims were likely targets. Moreover, Canada’s Prime Minister Justin Trudeau also tweeted that the attack shocked him. Furthermore, he said, addressing the nine-year-old in the hospital, “We are here for the loved ones of those people who were terrorized by yesterday’s hate act,” addressing the nine-year-old in the hospital.