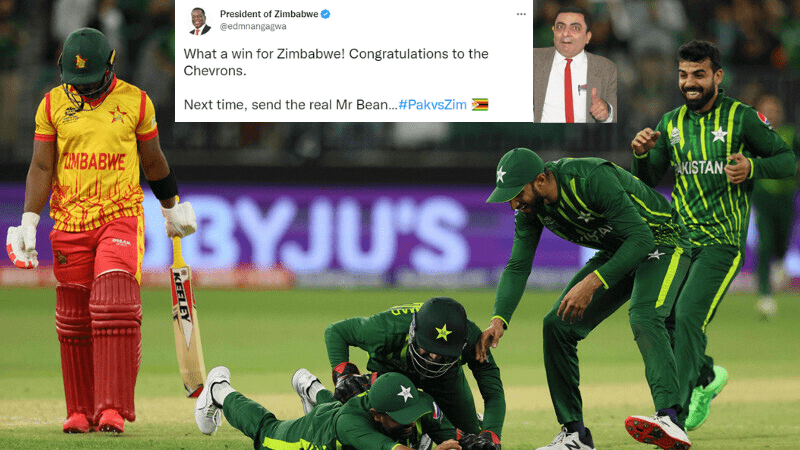 Pakistan lost to Zimbabwe in their T20 World Cup match on Thursday by a single run — after the Zimbabweans were looking to settle a score and not just on the field. It all began when an apparent Twitter handle of a Zimbabwean claimed that they will ‘settle the matter’, all the while calling Pakistanis ‘frauds’. “Just pray for the rains to save you,” Ngugi Chasura tweeted.

When a fan asked the reason behind his rage, he responded, “They gave us Pak Bean instead of Mr Bean on one of our local events called agriculture show.”

President of Zimbabwe Emmerson Mnangagwa joined in on the fun, asking for the real Mr Bean next time. “What a win for Zimbabwe! Congratulations to the Chevrons. Next time, send the real Mr Bean,” he tweeted.

Prime Minister Shehbaz Sharif shot back in good humour: “We may not have the real Mr Bean, but we have real cricketing spirit.. And we Pakistanis have a funny habit of bouncing back. Mr President: Congratulations. Your team played really well today.”