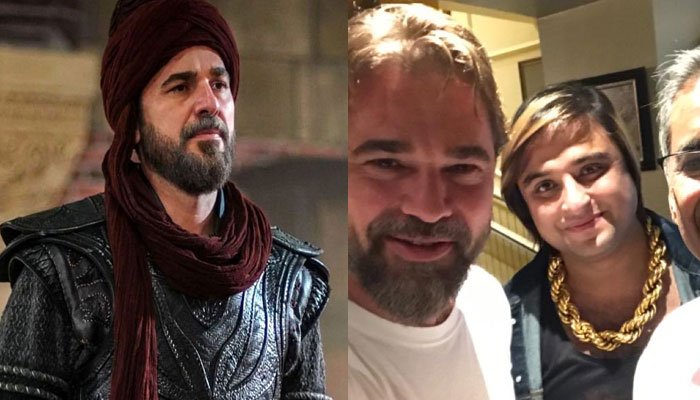 Popular Turkish star, Engin Altan Düzyatan, who essayed the famous Erutgrul Ghazi in the famous period drama Diriliş: Ertuğrul recently visited Pakistan on a short trip. It has been however, been reported that Kashif Zameer, who organised Düzyatan’s trip to Pakistan, has been arrested by Lahore police. Kashif has apparently been charged with fraudulent activities in the past.

According to the reports, Zameer has been charged with threatening to kill anchorperson Hamad Aslam. Police also arrested Zameer’s armed accomplices. The accused also resisted the police.

It turned out that Zameer has a record of criminal history. The accused is said to be involved in eight ongoing cases. According to police sources, serious charges have been registered against Zameer, including fraud, betrayal of trust, car theft and robbery.