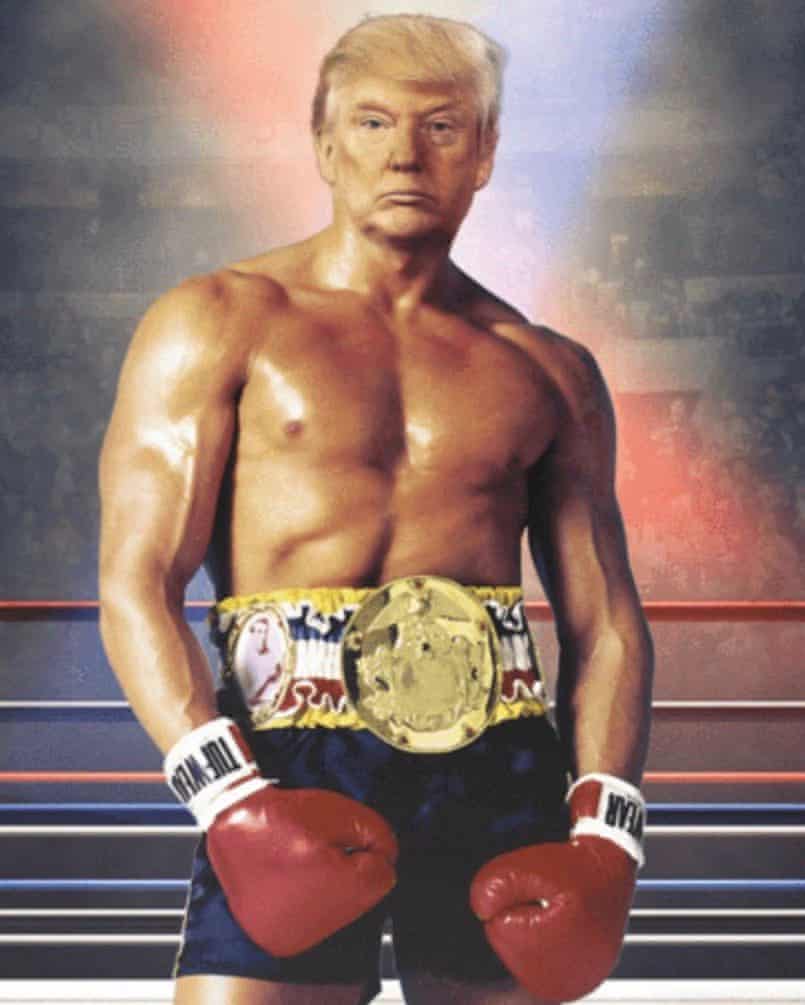 The President of United States, Donald Trump, sent a wave of shock on social media after he tweeted a photo of his head photoshopped on the super-buff, bare body of the fictional boxer Rocky Balboa. The picture was tweeted on the official Twitter account on Wednesday morning, with Trump offering exactly zero explanation – not even a caption.

Some people found Trump’s post a little more than ironic. At least Rocky was willing to fight the Russians, they figured. “This is all wrong,” tweeted the comedian Nick Pappas. “Rocky defeated Russia – Trump continues to hand them victories.” Some believe that the Rocky films also speak, therefore, to a problem close to Trump’s heart: the (many) anxieties of white voters.