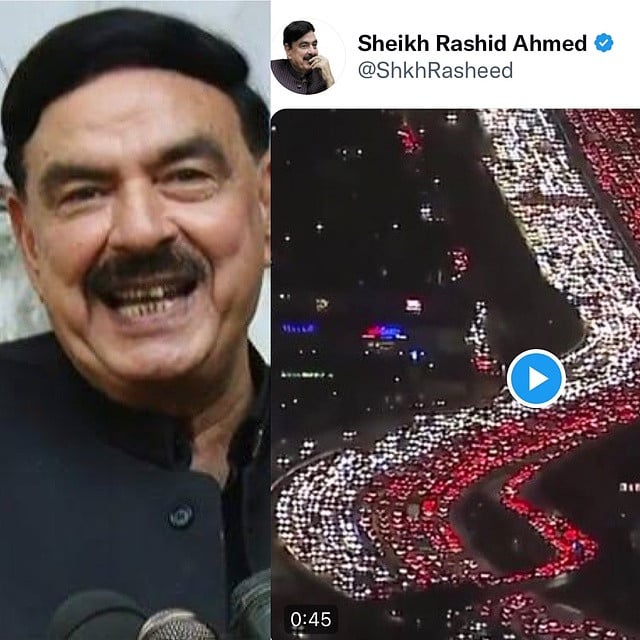 The tweet was posted without a caption and managed to gain thousands of likes and nine thousand retweets but has now been removed.

Netizens were quick to spot that the Awami Muslim League leader had reposted a Los Angeles traffic jam clip instead of an aerial view of the PTI’S power show.