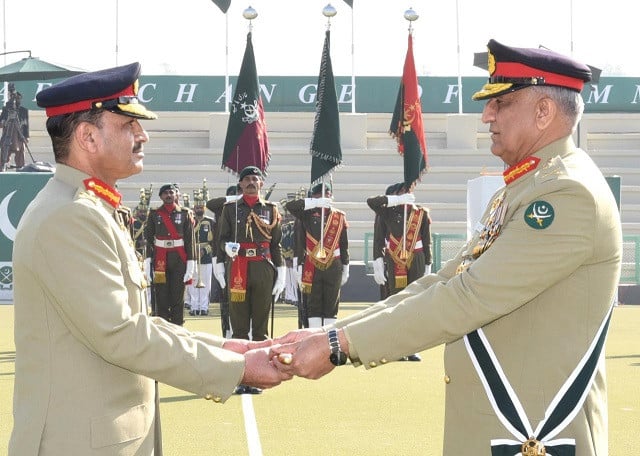 The ceremony was attended by the former military leadership, federal ministers, foreign dignitaries and others.

The chief guest General Bajwa was presented guard of honour for the last time as the chief of army staff during the ceremony.

Before the ceremony, General Bajwa visited the Yadgar-e-Shuhda for the last time as chief of army staff. Gen Munir had accompanied him during the visit.