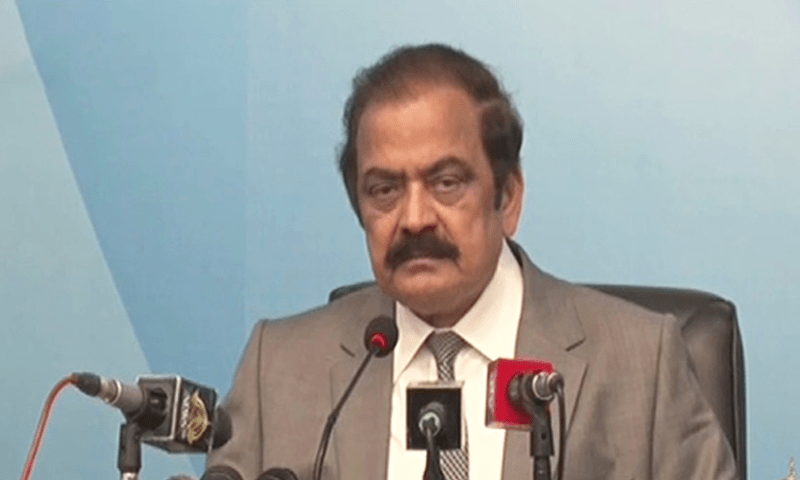 Interior Minister Rana Sanaullah on Wednesday warned of imposing governor’s rule in Punjab if he was restricted from entering the province. Addressing a press conference in Islamabad, he said he had already begun drafting a summary for the imposition of governor’s rule, which is moved by the interior ministry, because of the kind of statements opposition political leaders had been making.

The interior minister’s presser comes hours after PML-Q’s Chaudhry Parvez Elahi was sworn in as the Punjab chief minister following the Supreme Court verdict which declared Hamza Shehbaz’s victory in the July 22 run-off election as void.

President Dr Arif Alvi administered the oath to Elahi at Aiwan-i-Sadr in Islamabad. Elahi had to rush from Lahore to the federal capital after Punjab Governor Balighur Rehman refused to carry out the job.