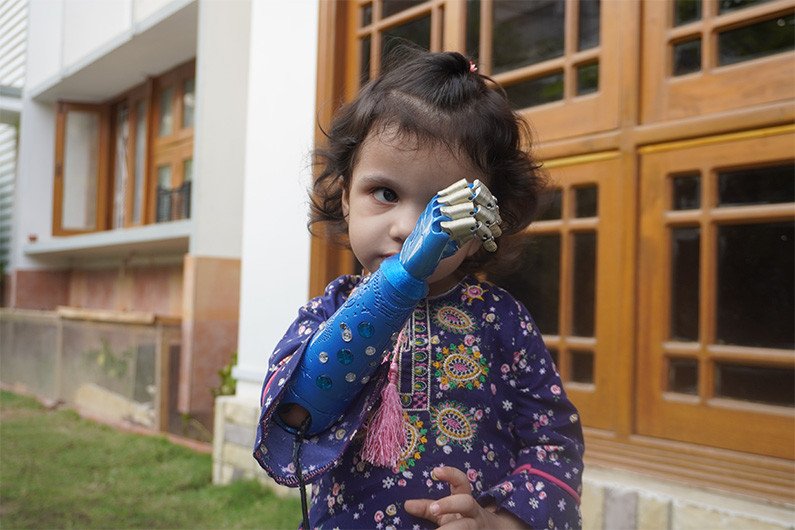 Walt Disney’s Ice Queen, Elsa, has inspired many little girls by portraying her true self through her strength and confidence. Momina Aamir asked her father for a bionic arm in honor of Elsa in an emotionally moving display of the character’s magical influence. She was born without a right arm because of a genetic condition.

Aamir Abbas was overcome by emotion as he recalled the moment that she asked him to hold his hand so that she could pray like him. Abbas said he never made her feel like she was missing anything, but after her bittersweet request, he decided to find a solution.

Abbas fulfilled his daughter’s wish with the help of the Karachi-based startup BIONIKS, which provides orthotic and prosthetic services.