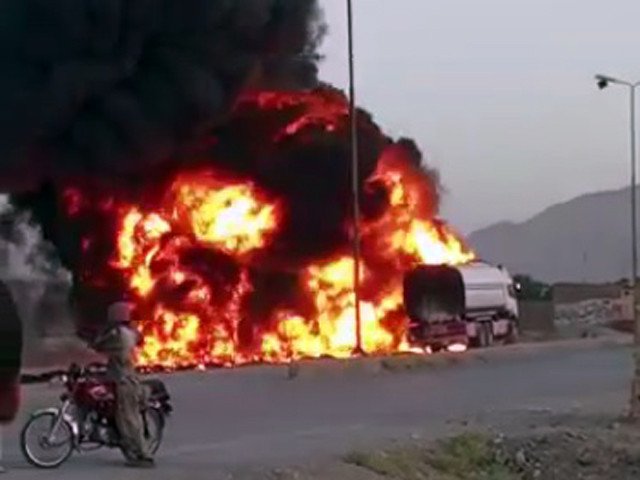 Prime Minister Shehbaz Shareef has lauded tanker driver Faisal’s bravado who drove a blazing truck out of a petrol pump without caring for his own life. Head of Prime Minister’s Strategic Reforms team Sufi Salman called the truck driver Faisal and applauded him for his selfless act on behalf of the PM. The PM has also ordered to call Faisal to Islamabad and reward him.

Muhammad Faisal had driven off his vehicle when it caught fire at a petrol pump located on the aforesaid road.

Faisal who is a resident of Quetta recalled the nerve-wracking terrifying moments, “I thought now the oil tanker will explode and I will die.”

A video of Faisal’s bravery had gone viral over social media.