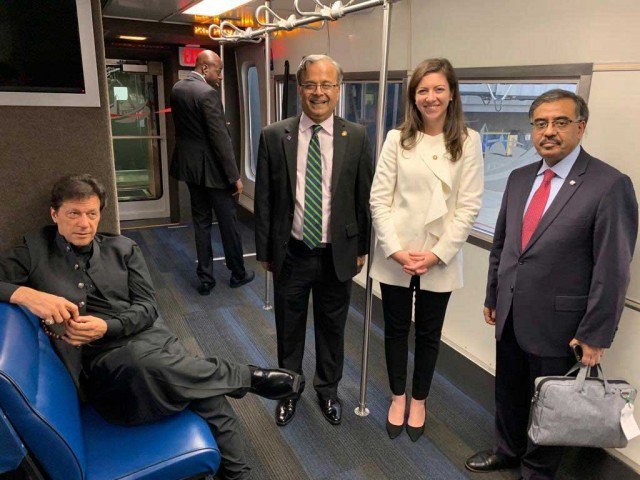 The official expenses of Prime Minister Imran Khan’s maiden three-day trip to United States have been released by the federal government. PM Imran’s visit cost almost Rs11 million to the national exchequer, which comes down to $67,180. In comparison, according to the government’s claim, former premier Nawaz Sharif had doled out $549,854 during his 2015 trip to US whereas PPP Supremo Asif Zardari spent $752,682.

The PM took a 27-member delegation on his maiden trip, and flew on a commercial Qatar Airways flight with a stopover in Doha, instead of opting to charter an entire plane. He stayed at the Pakistani ambassador’s official residence, and not an expensive hotel during the official visit.