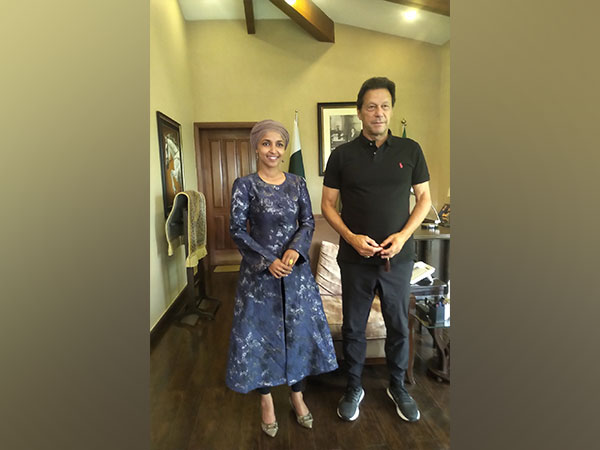 US State Department Spokesperson Ned Price on Friday said that Congresswoman Ilhan Omar was not visiting the country on US government-sponsored travel. Omar, who made history as one of the first two Muslim women elected to the US Congress, arrived in Islamabad earlier this week on a visit to Pakistan. The Congresswoman will stay in Pakistan till April 24.

Omar’s first day in Pakistan was dominated by a controversy over her meeting with ex-premier Khan who claims a Washington-backed conspiracy was behind his government’s ouster. Washington has denied the claims.

According to PTI’s Shireen Mazari, Omar had discussed Islamophobia and other related issues in the meeting with Khan at the PTI chairman’s Bani Gala residence.

Price’s statement on Omar’s visit has come a day after she visited Azad Jammu and Kashmir (AJK), where she acknowledged that the Kash­mir dispute was not being talked about in the power centres of the US at the required level.

Meanwhile, Omar’s visit to Azad Kashmir did not sit well with India and New Delhi condemned it in a strongly-worded statement.