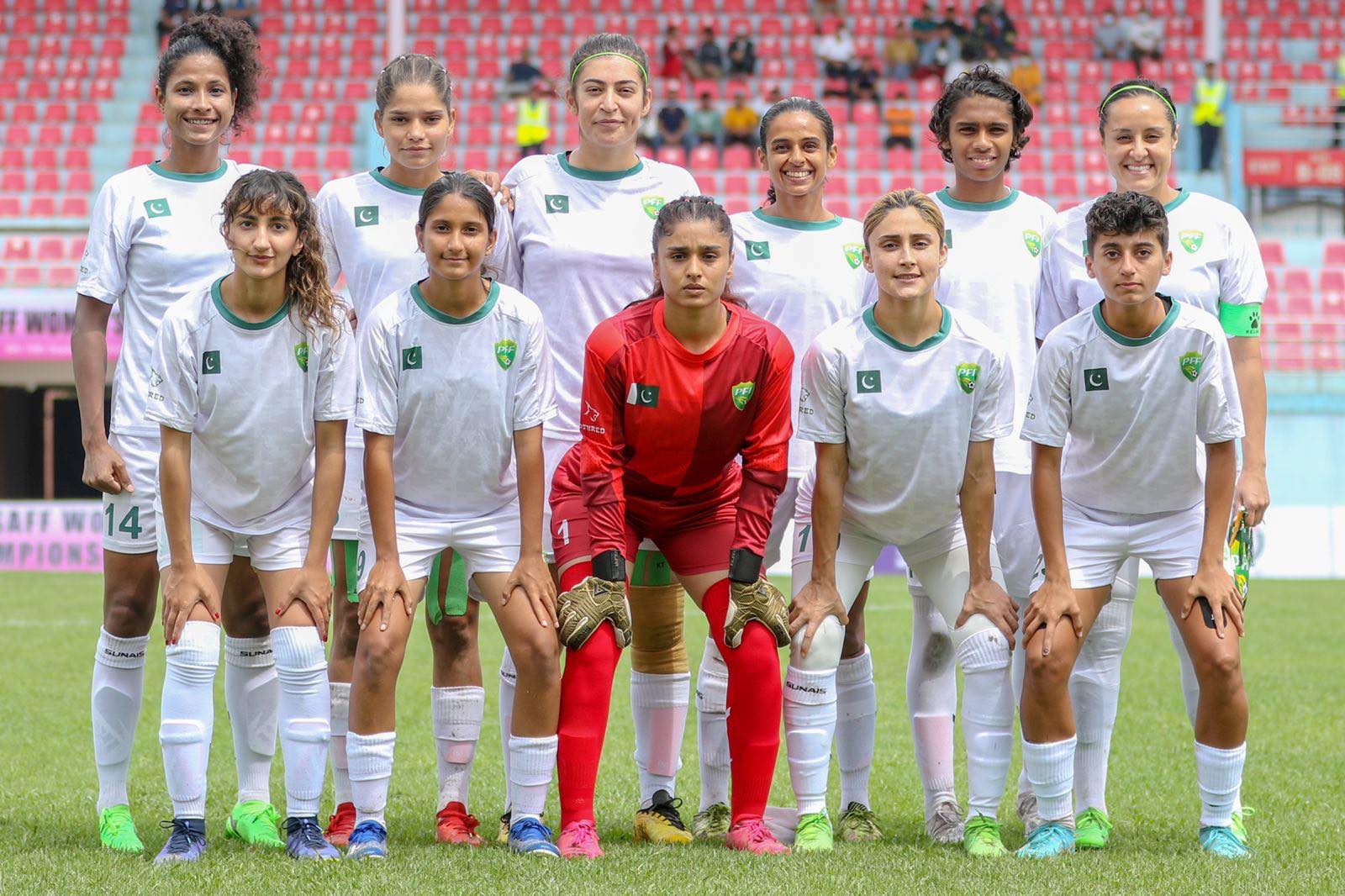 Pakistan women’s football team created history in the SAFF Championship in Nepal as they registered their first victory after an 8-year break from international football. Pakistani-British football star, Nadia Khan, was the star of the show as she smacked four goals, helping Pakistan win by a huge margin of 7-0 against the Maldives in the last group stage game.

READ ALSO: ‘AL-RIHLA’ – FIFA WORLD CUP 2022 FOOTBALLS TO BE MADE IN PAKISTAN

The win is expected to increase the popularity of women’s football in the country as more young footballers will look to represent their country at the top level.

The team was earlier defeated by Bangladesh and India which stopped them from progressing to the semi-final. It is worth mentioning that this was Pakistan’s first-ever international tournament since 2014.