One of the contestant, Hina Shoib took part in two categories, meat and chicken, and won a separate bronze medal in each of them. 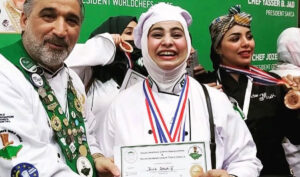 Shoib said it was a matter of “great pride and honor” for her to stand among the best chefs in the world and that too, without proper training.

Shagufa Afshan, another Pakistani chief, bagged two bronze medals and a silver at the competition. 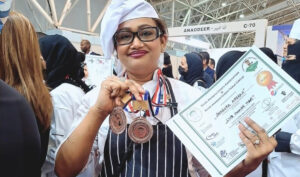 Afshan said she wanted to highlight the unique taste of Pakistani cuisine in the kingdom, where people usually have trouble separating it from Indian food.