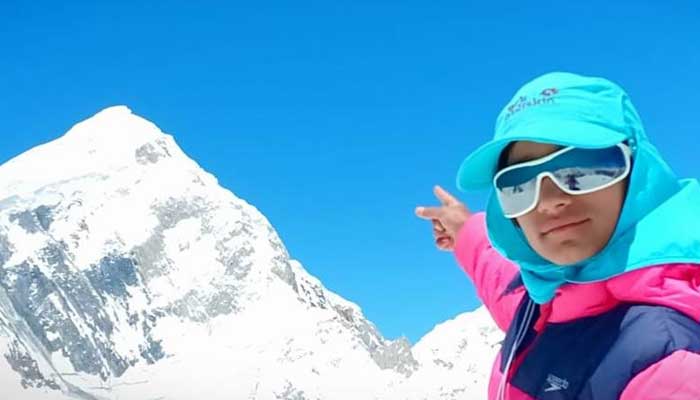 The 12-year-old Pakistani mountain princess, Selena Khawaja, is preparing to climb Broad Peak, an 8047-meter-high mountain, with her father, Yousef Khawaja. Broad Peak, located on the border of Pakistan and China, is the 12th highest mountain in the world. Further, Selena plans to summit the peak this year, making her the youngest person to summit an 8,000-plus meter peak.

Moreover, the Pakistani mountain princess grew up in Abbottabad and began climbing mountains at the age of six. In addition to encouraging and helping her achieve her goals, her single-parent father supported her. The summit of this mountain, if Selena and her father succeed, would set a new world record for the youngest person to climb an 8000-meter mountain.