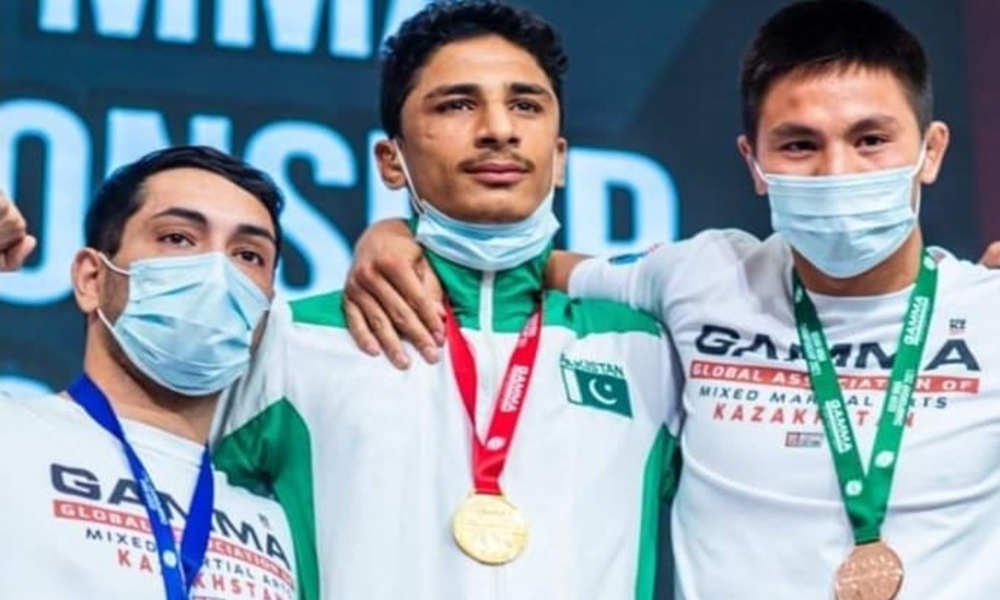 The Pakistani mixed martial artist Shahzaib Khan has won a Gold Medal at the GAMMA Asian MMA Championships 2021. The competition took place between August 24 and 28 in Kyrgyzstan. Khan qualified for the final by defeating the Indian fighter in the semi-final. In the finals, he set a record by defeating his Kyrgyz opponent in under a minute.

It was reported that he was trained by Imran Qasim at the Badsha WuShu Academy. As part of Pakistan’s debut participation in the Asian Mixed Martial Arts Championship 2021, the country won one gold medal, one silver medal, and a bronze medal. Liaqat Ali and Allah Gul Afridi also secured silver medals and bronze medals to make Pakistan proud.